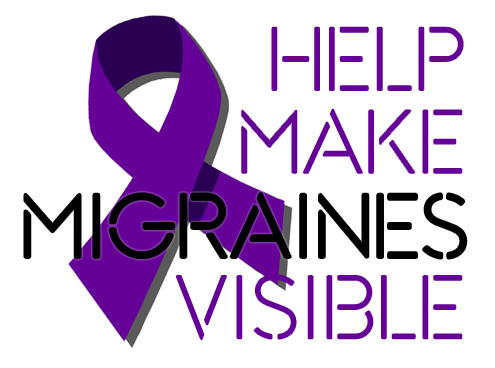 For those that do not know I have suffered with migraines since 1990. Migraine is a genetic neurological disease that effects 36 million people in this country. It is not just a headache.  Migraine happens in 4 phases. Prodrome, Aura, Headache, and Postdrome. 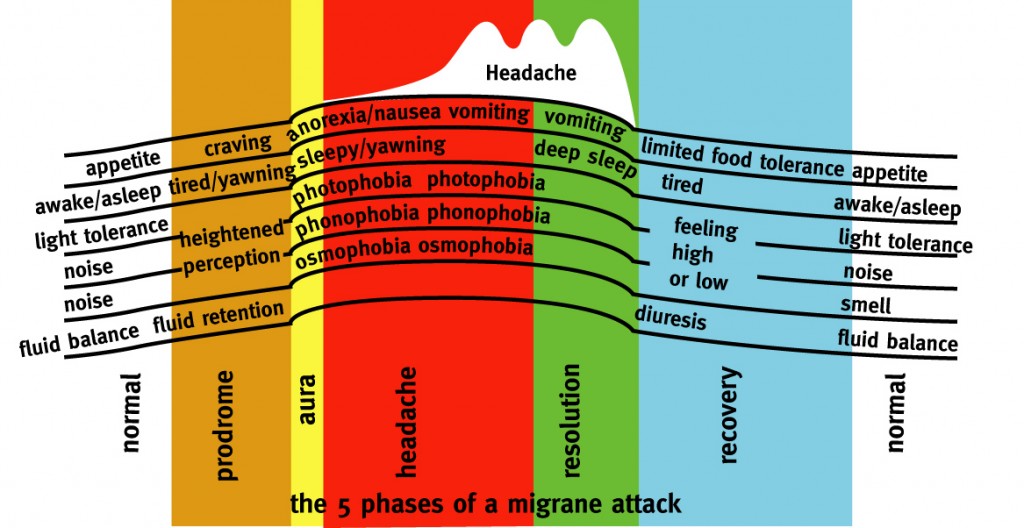 The prodrome is the first potential phase of a Migraine attack, and it can begin hours or days before other phases. It’s sometimes called “preheadache” or “premonitory phase.” Between 30% and 40% of Migraineurs experience the prodrome, and for those Migraineurs, it can be very helpful because it can serve as a yellow light of sorts, a warning that an attack is coming. Once you know what some of the prodrome symptoms are, you may find that you experience it, but never realized it.
Possible prodrome symptoms include: 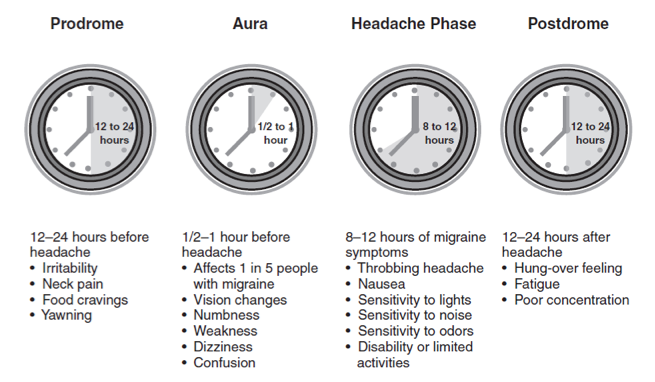 Even though it’s experienced by only about 25% of Migraineurs, the Migraine aura may be the most often discussed phases of the Migraine attack. The possible visual symptoms are the best known, but there are many possible symptoms, visual and others. Migraine aura can also serve as a warning and, in some cases, allow Migraineurs to treat the Migraine early enough to stop it before it progresses to the headache phase.

The possible symptoms of Migraine aura include:

This photo is a great example of what it looks like when I look at a book if I am in the Aura stage of a migraine. I sometimes also see little silver things swimming across my eyes and have numbness in my face. 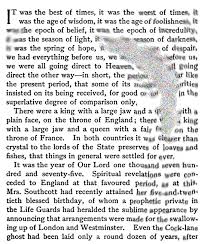 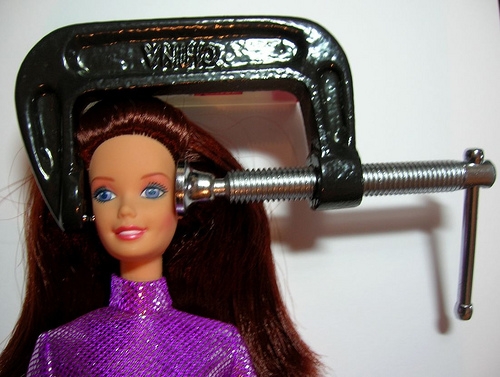 Symptoms and characteristics of the headache phase may include:

Many people mention feeling “hung-over” after a Migraine. This is often actually part of the Migraine, the postdrome. Most Migraineurs have some symptoms after the headache phase, symptoms that may last hours or even a couple of days.

Postdrome symptoms may include:

Donate for a Cure.

Missing in Action for Good Reason